A 90-year-old man recently scaled Mount Kinabalu, breaking the record for the oldest Malaysian to do so!

TikTok user @iceeminn123 shared a video of him congratulating the senior citizen on reaching Malaysia's highest peak at his age. In the viral video, other hikers can be

heard teasing the nonagenarian that he can climb the mountain quicker than them.

The elderly guy is a 90-year-old man from Papar, Sabah. Buatin Blandong ascended Mount Kinabalu with his family on September 5, 2022, arriving at the summit at 2.20 p.m.

that day and returned to the starting point at Timpohon Gate at 6.15 p.m. the next day.

However, this is not his first trip up the mountain.

According to The Straits Times, he last climbed the mountain in 2015 at the age of 83, just two weeks before the Ranau earthquake.

"In that year (2015), it was just a climb but when I found out from newspapers that I actually made a record, I was shocked and touched. It made me excited to scale the

mountain one more time," he said in an interview with New Straits Times at his Putatan home.

Currently, he is the oldest Malaysian to climb Mount Kinabalu. A foreigner still holds the record as the world’s oldest climber at 96 in 2006.

"Actually, my main objective was to become the 'pioneer' and inspire others, especially people of Sabah to prove that they too can be as strong as the next foreigner to

"So, go ahead, I will not be upset if others want to challenge my record," he said adding that he had no plan to climb again in the future.

Buatin was a bodybuilder and a boxer that had won many championships during his younger days, and even until now, he still regularly goes on hikes and jogs. The former

boilermaker at the Sabah Railway Department also participates in activities such as silat, cycling, and tug of war.

Speaking of his recent climb, he said "My lower back was in pain; I could not talk as my tongue became stiff due to the cold weather and I was lightheaded.

"This heart, however, refused to give up. I was determined to reach the top. When I was at the peak, I was elated. It was just like how I imagined."

What an inspiring story! Thank you for being such a role model for all of us. 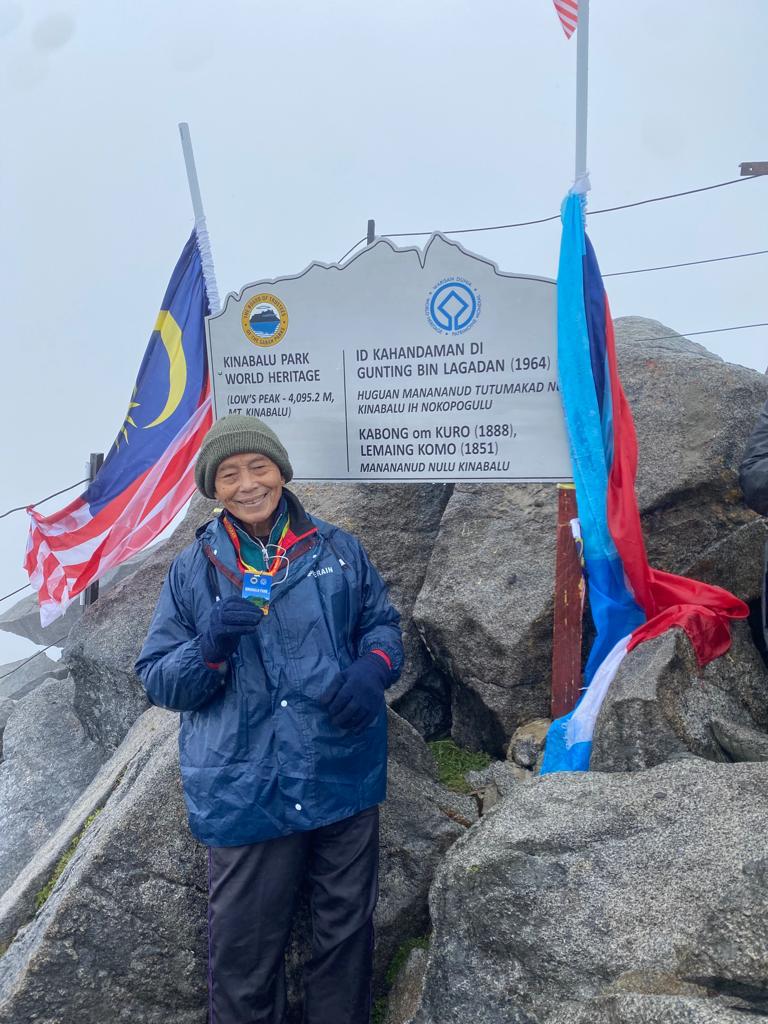