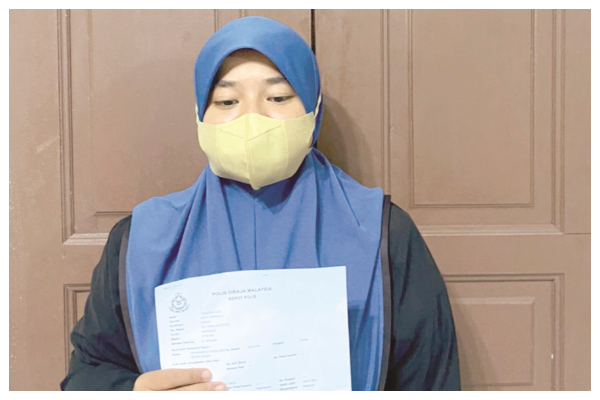 A teacher from Kedah recently made a police report after she and her two friends suffered a loss worth RM18,000 to a man claiming to be a Mount Kinabalu guide.

On September 8, Athirah Mad Desa filed the report before returning to Kedah. According to her, a friend recommended a woman known as Azmina to act as the middleman for the registration process.

In an interview with Daily Express, she said "I got in touch with her and she advised me to pay RM500 as initial payment, followed by another RM850 deposit, for the climb involving via Ferrata activities."

"The woman informed me that my reservation was set for Sept 5 and that the money I paid, totalling RM1,350, had been deposited with her mountain guide, an acquaintance named "John".

After failing to contact "John," Athirah phoned Azmina, who informed her that "John" had some troubles with his bank account but promised to make a refund. They have yet to get any refunds and were forced to return to Kedah without having climbed the mountain.

"We are now traumatised about booking any tour packages in Sabah. I lodged the police report and want the police to investigate so that other visitors to Sabah won't experience something similar," she said.

This is not the first time that similar scams have happened before. In 2018, a man was arrested after caught scamming tourists with fake Mount Kinabalu climb packages.

Here at MountKinabalu.com, we would like to remind all climbers to be cautious when booking your Mount Kinabalu climbs. Never send any money unless you have received an invoice or booking confirmation with a registered company's official letterhead.

Book securely with us at Book.MountKinabalu.com or any other licensed local operator registered with the Sabah Tourism Board.